The movie Parachute Jumper is known by many Bette Davis admirers to be one of her least favorite films. In fact, she pretty much hated it. So much so, that she used clips from the film in What Ever Happened to Baby Jane? to demonstrate a film career gone wrong. However, Parachute Jumper was not a bad film and even did pretty well in the box office. And it wasn’t just Bette Davis that found this movie to be a drag. Douglas Fairbanks, Jr., her leading man, did not have very fond memories either.

Parachute Jumper tells the story of two friends, Bill and Toodles, who were recently discharged from the Marines for drinking and canoodling with loose women after their plane crashed in a foreign country. While struggling to make a living, Bill meets Alabama, a southern girl who is dealing with similar struggles. Alabama moves in with Bill and Toodles and begins a romance with Bill. Eventually, Bill gets involved with a gangster named Weber, who he met through Ms. Newberry, a woman he chauffeured for. Things eventually take a turn for the worse and Bill decides he wants out of the nasty business that he has found himself wrapped up in. He agrees to do one last job for Weber which involves he and Toodles carrying illegal drugs over the Canadian border. Bill manages to outwit both Weber and the U.S. Border Patrol and safely crashes the plane. Parachute Jumper has a typical pre-code ending where justice is served and the good guys come out on top. Toodles re-enlists in the Marines and Bill goes on to make the charming Alabama an honest woman by marrying her. (You can watch the trailer below)

So just what was it about this film that made it forgettable to both Davis and Fairbanks?

Based on the research I did, there seems to be a couple of things that made them both unhappy. One of those things was Warner Bros. itself. Bette Davis in particular was fearful of being typecast by Warner as a gangster’s moll.  Davis wrote, “I was again a secretary – Daddy had been right – but I was also the mistress of a racketeer. A typist-moll. Warners were vaguely aware, evidently, of a possible niche for me. It took patience on my part.”1 Parachute Jumper was her fourteenth film, and while fourteen sounds like a lot, she was still a rising star and being a newcomer could be dangerous. Several actors at that time were typecast and struggled to break free from roles that fit into that typecast. Davis knew she was better than that and refused to be pigeonholed.

At the same time, Warner Bros. was going through a transitional phase that was the subject of protest among employees. At some point, the studio had hit a financial slump and employees salaries were cut. Darryl Zanuck promised employees that once business improved, salary cuts would be restored. Business did indeed improve and employees were counting on having their cuts restored. Unfortunately, Zanuck left after Jack Warner refused to make good on his promise. Actors such as Douglas Fairbanks, Jr., and James Cagney protested the tasteless, greedy move by Warner. According to Fairbanks, his punishment was having to star in Parachute Jumper.  “My first ‘punishment’ was the withdrawal of the fine story I had approved and the substitution of a sub-average story called Parachute Jumper. I decided to be docile. Today I have no more idea of the story of Parachute Jumper than what anyone may guess from its title.”2 Even after fifty years, Fairbanks’ dissatisfaction with the film is evident in this description from his autobiography.

There was another component to their mutual dislike of Parachute Jumper, and that was there lack of appreciation for one another.

Many years later in an interview with Boze Hadleigh, Davis made it quite clear that she was not too keen on working with Fairbanks at the time. When asked about how he was as an actor, Davis described him as, “Milquetoast, I’m afraid. As an actor and a personality.”3 She admitted that he was a gentlemen but insisted that he, “nevah had what it took for true stardom.”4 But one has to wonder if Davis was merely projecting her dislike for the film onto her leading man. Either way, it was evident that Davis did not fully appreciate his acting skills at the time. But she was not the only one.

While Fairbanks did not have anything necessarily bad to say about Davis (DFJ was pretty well known for never having a bad thing to say about anyone), he admits that he did not fully appreciate the magnitude of her acting abilities at the time. He wrote, “I didn’t even appreciate my new young leading lady, fresh from the stage. She was not particularly pretty; in fact, I thought her rather plain, but one didn’t easily forget her unique personality.” He then went on to say, “She was always conscientious, serious, and seemed devoid of humor of any kind.”5 However, as he goes on to say, there wasn’t really anything to be humorous about and she attacked the job with integrity. 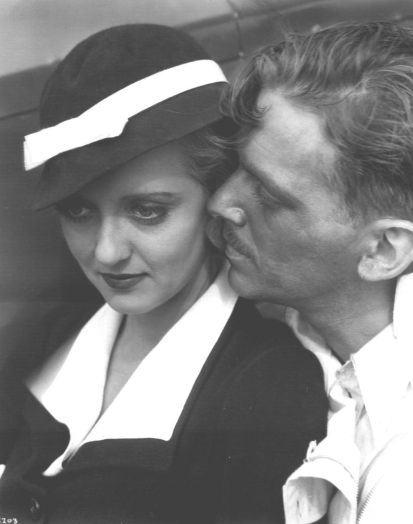 As a modern day viewer, Parachute Jumper is both entertaining and enjoyable. It is a typical pre-code complete with mobsters, drugs, murder, romance and witty dialogue. In my opinion, Davis and Fairbanks were a bit too harsh on the film. It isn’t a great film, but it is far from being an awful film. It seems as though a mutual unhappiness with Warners was likely the major cause of their underlying resentment of the film. And it certainly didn’t help that they did not fully appreciate one another as co-stars. Fortunately, they would go on to work together again in 1952 on Another Man’s Poison, and it was a much better experience for the both of them. As a Davis and Fairbanks fan, I for one am happy the two came together for Parachute Jumper.

This piece was written for the Bette Davis Blogathon hosted by In the Good Old Days of Classic Hollywood (click below to go to the blogathon). 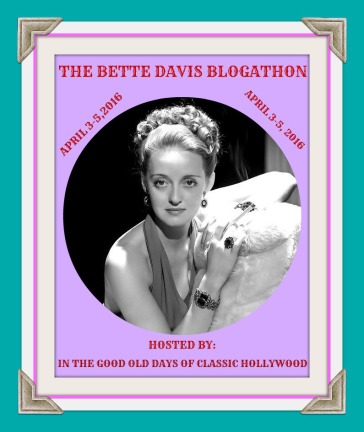