Eva Lovelace wants nothing more than to be a stage actress. And not just any stage actress, she wants to be a GREAT stage actress. One of the great stage actors in rank with the Barrymores and the Booths. She waltz’s past their portraits, admiring them and dreaming of her own future as a star. She soon discovers that this pursuit might not be as easy as she had hoped and nearly loses it all trying to get there. But like any good Katharine Hepburn character, Eva Lovelace fights for what she wants until she gets it. And in many ways, Eva and Katharine are one in the same.

Morning Glory is the story of Eva Lovelace. The story is based on a play written by Zoe Akins and was written for the screen by Howard J. Green and directed by Lowell Sherman. It stars Adolphe Menjou as Louis Easton, a shrewd theater owner and producer who takes advantage of Lovelace’s desperation to be a star. Douglas Fairbanks, Jr. plays Joseph Sheridan, a comedy writer who falls in love with Lovelace. And C. Aubrey Smith plays a character actor named Robert Hedges who believes in Lovelace and helps her get her foot in the door in the theater business.

Lovelace faces several setbacks as she strives to become a star. She continually gets cast in meaningless roles and finds herself in a desperate financial situation. Hedges discovers Lovelace in a poor state and offers to bring her to a party at Easton’s apartment. Hoping it will lead to better roles, Lovelace accepts his invitation. At the party, she has one too many drinks and performs the “to be or not to be” monologue from Shakespeare’s Hamlet. Afterward, Easton takes advantage of the young woman’s inebriated state and eagerness to be a star. Once again, Lovelace finds herself facing more setbacks as Easton refuses to see her in embarrassment over what took place between them. Sheridan swoops in and offers Lovelace to be the understudy for the lead role in his latest comedy play. Fortunately for Lovelace, the lead actress proves to be too demanding and Sheridan urges Easton to let the actress go. It it as this point that it is revealed to Easton that Lovelace will now be the lead actress. Her performance is a smashing success and Lovelace finally has everything she ever dreamed of. 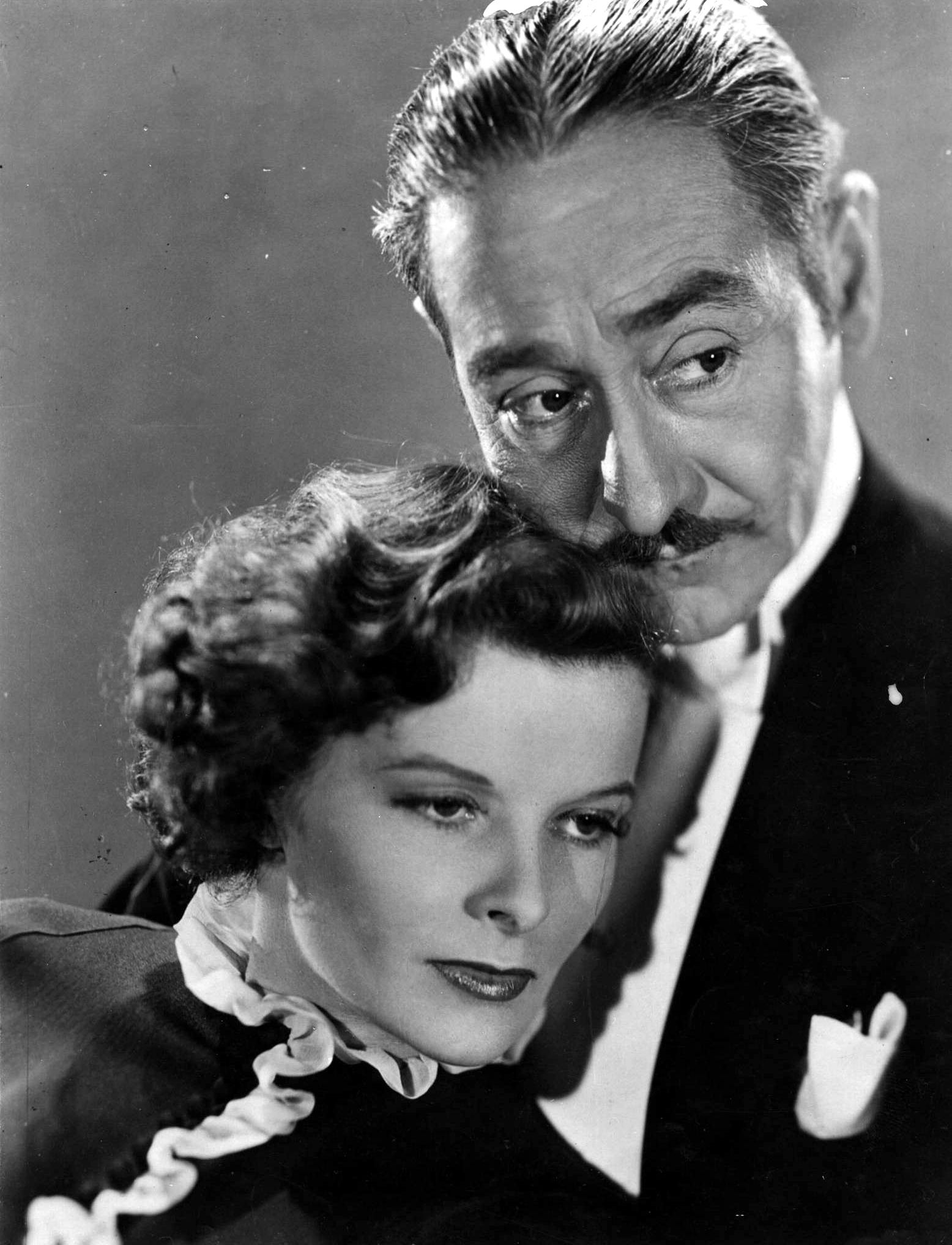 Like Eva Lovelace, Katharine Hepburn was driven to become a star and was just getting started in 1933. She had been on the stage but hadn’t been in any particularly important roles up to that point in time. When the script for Morning Glory came to her attention, she was determined to play the role of Eva Lovelace. In fact, she felt she was the only one that could play Lovelace. Hepburn remembers taking the script directly to Producer Pandro S. Berman and asking for the part. He told her, “‘That script is for Connie Bennett.'” To which Hepburn responded, “‘Over my dead body that script is for Connie Bennett.'”1 This was a bold move for the new starlet as Constance Bennett was the leading lady of RKO in 1933. But it didn’t come from a place of jealousy nor rivalry. In fact, the two ladies got along quite well according to Hepburn. It was just that Hepburn knew that nobody else could play Lovelace the way that she could because the character was such a mirror image of herself.

Her determination paid off as Pandro S. Berman agreed to give her the part. He even agreed to her contract negotiations which he remembered as being tough and rather bold for a newcomer. Hepburn was paid a weekly salary that was on par with already established stars at RKO. Once again, Hepburn demonstrated that she was unwilling to sway very much, if at all, when she set her mind to something.

In her autobiography, Hepburn wrote that the movie was made in just seventeen days (147). Her performance was inspired in part by Ruth Gordon in a play called A Church Mouse. Hepburn explained, “She gave a wonderful performance, and I could visualize Morning Glory played just in that key – monotone of voice and observing everything around her.”2

Fairbanks remembered her as being very secure in herself and wonderful to work with. He also recalled being completely smitten with Hepburn which comes as no surprise if you know anything about his taste in women. Fairbanks was always drawn to women who were known to be strong-willed and independent. His lovers included Joan Crawford, Gertrude Lawrence, and Marlene Dietrich, before he settled down with Mary Lee Epling, his wife of nearly 50 years. Fairbanks wrote of Hepburn, “I thought her incapable of anything but perfection – whether checking into the studio in tight blue jeans and an old shirt and smoking Parliaments or as Juliet, the epitome of romance. To me, she was wholly absorbing.”3 According to Fairbanks, the two dined together a couple of times and saw a movie together but their relationship never evolved into a romance. Fairbanks discovered that Hepburn did not feel the same way as he did when he drove out to her home one night and caught Kate and a man (likely Leland Hayward) leave together in his rear-view mirror. He wrote, “I quickly realized that I had not inspired the same reaction in her as her very existence had in me, and so rather than risk the breakup of an already valued friendship I merely ‘cooled’ my behavior in private and became strictly a friend.”4

A dream sequence showing Douglas Fairbanks, Jr. and Katharine Hepburn in full period costume doing the balcony scene from Romeo and Juliet was cut from the final version of Morning Glory. Hepburn remembered that Douglas Fairbanks, Sr. and Mary Pickford came to watch that scene which made her very understandably nervous. Unfortunately, the negative was destroyed and all that remains from the sequence are still images.

Katharine Hepburn’s determination to play Eva Lovelace ultimately paid off in the most rewarding way possible. MORNING GLORY was a box office success and Hepburn’s name was on the tip of everyone’s tongues. She had climbed her way to the top, from the stage to the big screen, and was only just getting started. In 1934, she even won the Academy Award for Best Actress for her portrayal of Eva Lovelace and just like Lovelace, Hepburn had risen to the top and showed no signs of coming back down.

***This piece was written for the Spencer Tracy and Katharine Hepburn Blogathon hosted by In The Good Old Days of Classic Hollywood – read the posts by clicking below!

3 thoughts on “Morning Glory: The Rise of Katharine Hepburn”

This website is not affiliated with the Fairbanks family.